Welcome to my custom version of universal with islands of adventure and universal studios combined into one park. There are plenty of fun attractions and rides! Have as much fun as you can and there will be more in the park as the world updates!

Here are a few shots of the theme park. Every ride is fully self-automatic and functional. There are great things with command blocks and I recommend you ride the amazing adventures of Spider-Man! With the new update, construction has been made on rides such as AMC’s The Walking Dead and Ghostbusters: Slimer Escape. The VelociCoaster has also been added, and many design details have been added, as well as an in-progress currency system, with UniversalCoins! 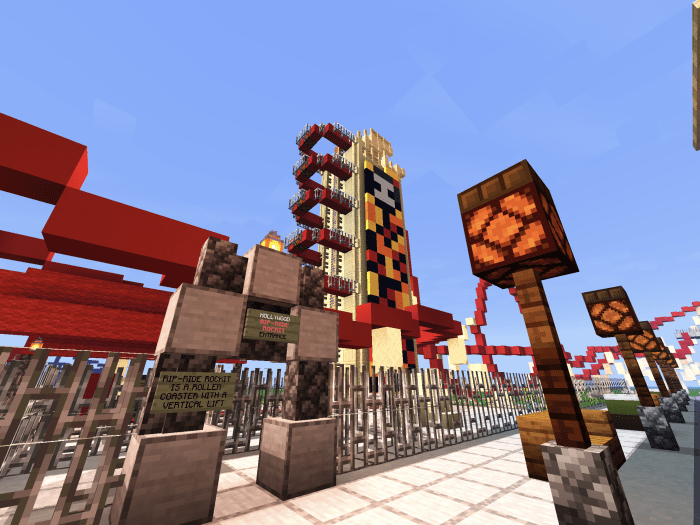 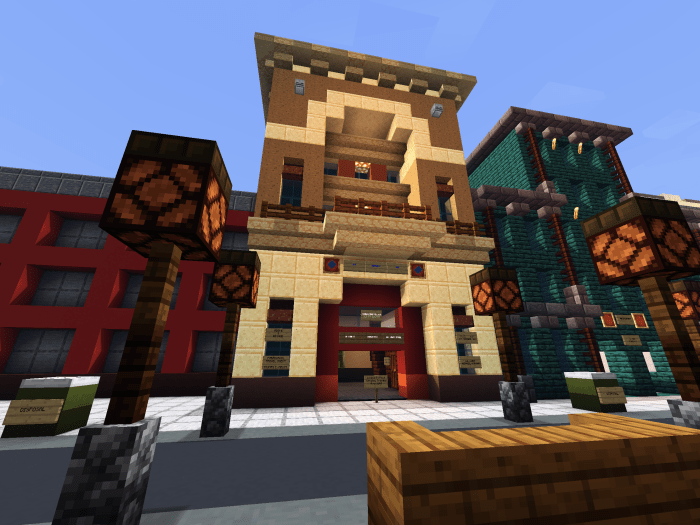 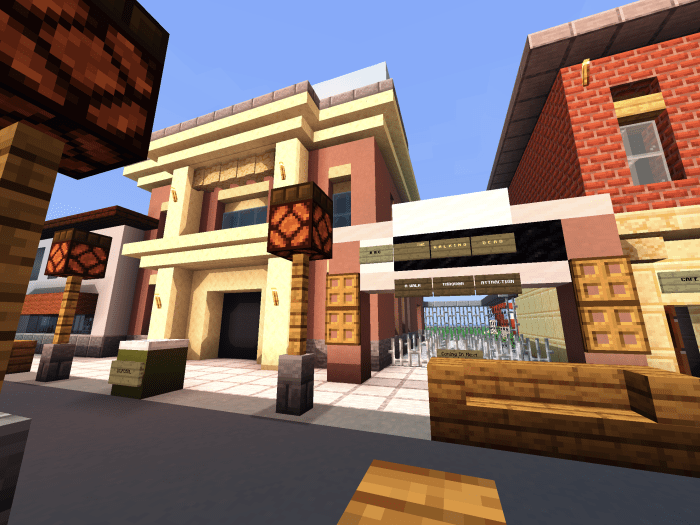 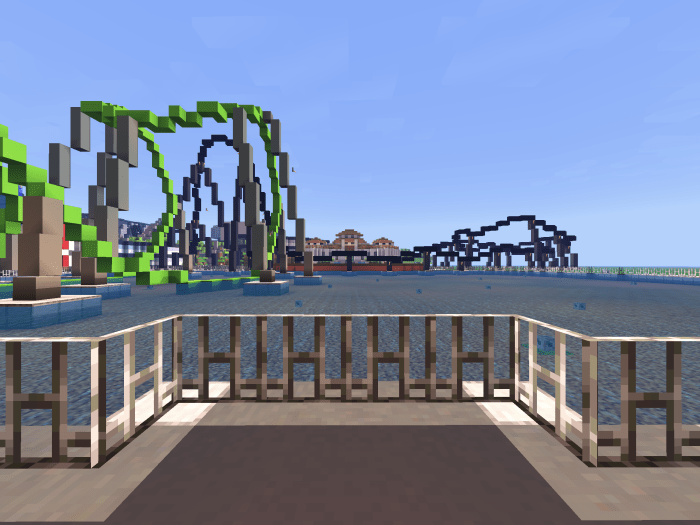 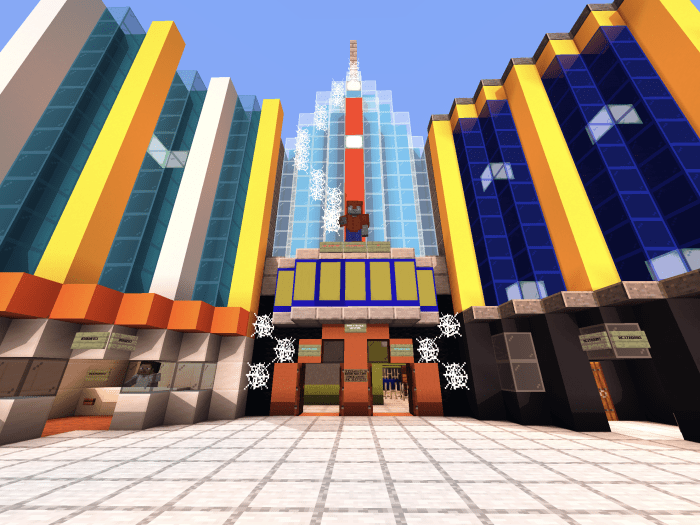 Version 2 contain certain bug fixes, the new Advanced Spider-Man ride, and an updated Dr. Doom’s FearFall. There are shops going to be built and others such as Ghostbusters: The Ride, and The Walking Dead attraction.

Version 2 contains the all new Advanced Spider-Man ride, Refurbished Dr. Doom’s FearFall, bugs fixes with back to the future, and small decorations to the Hollywood Studios area. Expect the Walking Dead, Ghostbusters, and more horror attractions in version 3.