Hello. I am Hog and I’ve been working on a mod called Ore’s and More. My goal for this addon is to add Ore’s to the world with lots included with them. This is an early version of the mod so there are some bugs and errors. I would really appreciate it if you give me all feedback you have for this mod. Also I’m up for most ideas.

In this addon I have added a whole tool set. 6 New Ore’s and a new Ingot. Some new functional blocks. Also 5 new swords and A staff. All recipe’s except blocks come in the crafting menu.

Ruby: Has all tools + armour.

Obsidian: Has all armour and a Sword

There is also a Reinforced Diamond Sword and a Enhanced Nether Star Sword. 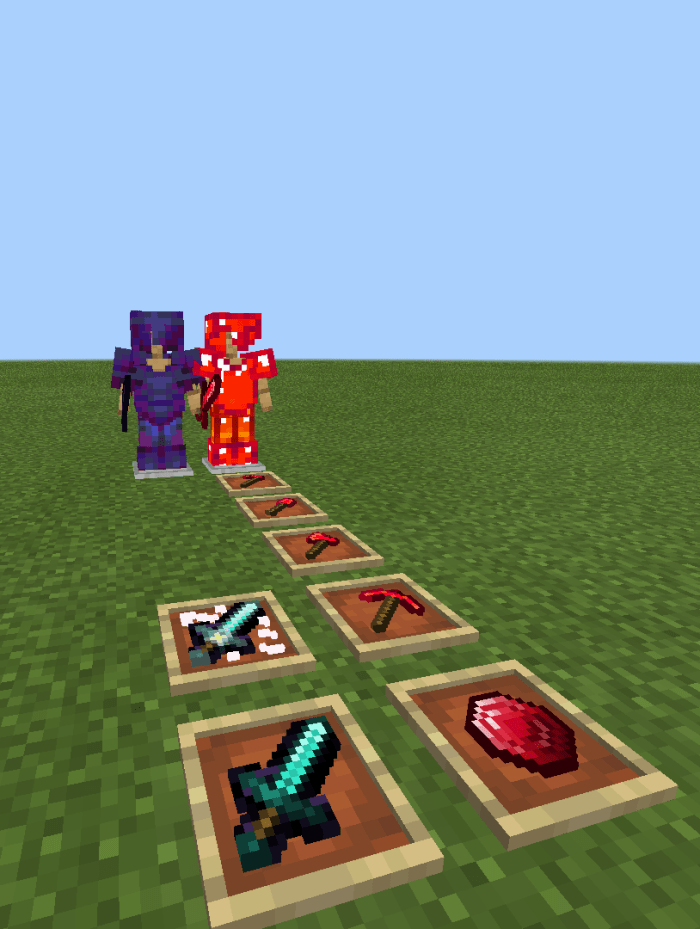 All the Ores are:

Also there is Bronze which can be made with copper and tin in a clay mould. 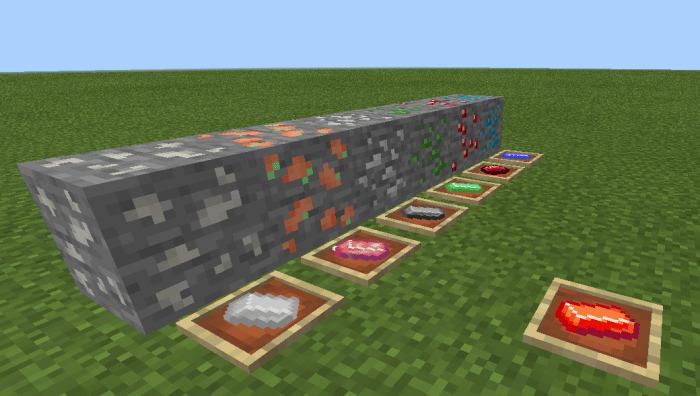 There is also a fish called the ruby fish which is just an uncraftable rare food source. Also there is a secret ore.

Reinforced Glass is a glass used to craft fluid tanks and can be used as stronger glass maybe for explosions. The ingots are aluminium by the way.

Fluid Tank can fill up with a lava bucket. Have some problems trying to make this have more storage. This is crafted with the reinforced glass.

Nuclear TNT. Makes an explosion supposed to be 1000x bigger than a TNT. This is created with 8 uranium ingots surrounding a piece of TNT

Finally the last block is a clay mould. This is crafted with 4 clay blocks in a square. I have a glitched texture with that as I tried a new technique to make the block. It is used to make bronze.

Levitation Staff. I am planning on adding more staffs but for now I have added one that makes all mobs near float into the sky for 10 seconds. Not including player. The recipe is in the crafting table.

Fire Staff. Sets all mobs nearby on fire.

Ender Staff. Teleports the player using it to teleport 10 blocks ahead of where they are looking.

Heal Staff. Heals all entities nearby in the radius of 7.5 blocks.

Summon Staff. Summons a custom zombie that fights all enemy mobs and even works with mobs from other mods.

Defending Staff: Summons a protective circle around the player 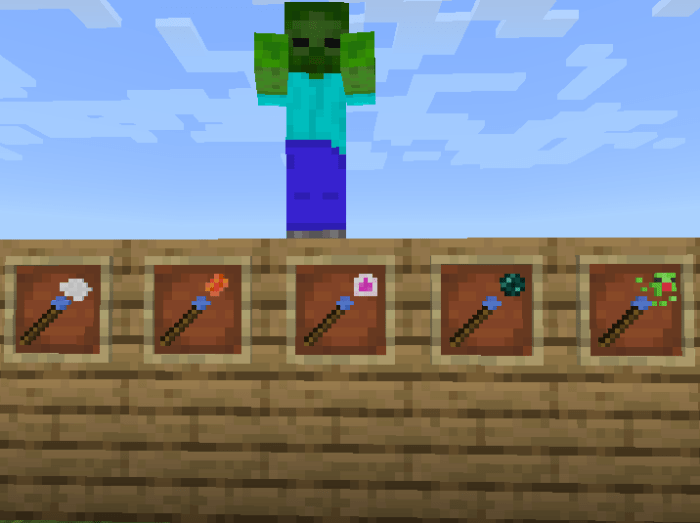 Block Breaker. Breaks the block underneath it and runs out after 10 seconds. Can be refilled with batteries. The block can break obsidian. The recipe is here: 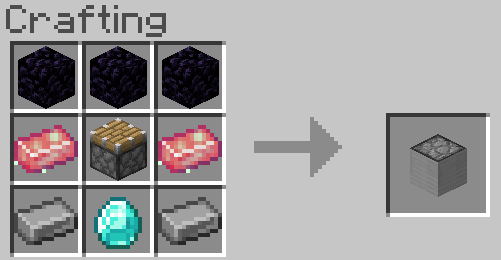 Cobblestone Generator. Generates Cobblestone above itself, great in combination with the block breaker. The recipe is simple: 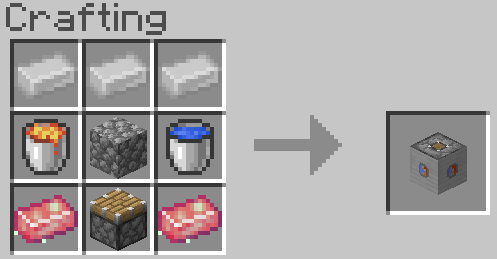 Cobalt, Ruby and Aluminium have block versions of themselves which can be crafted with 9 in a square in the crafting grid.

Finally I’ve added 4 different structures. My friend build 2 and I build 2. Heres a picture of one of them: 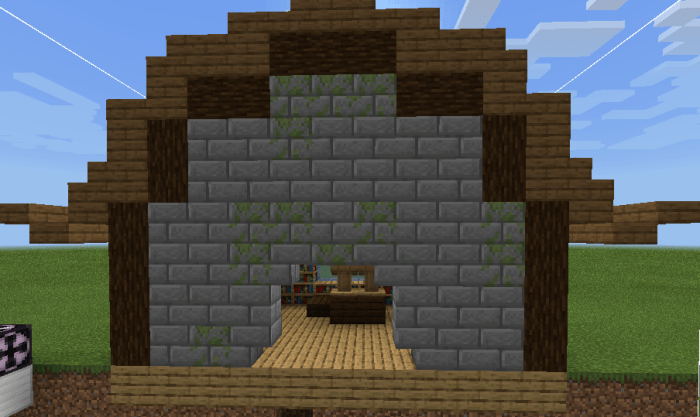 Added shield staff. It creates a shield of snowballs around you. 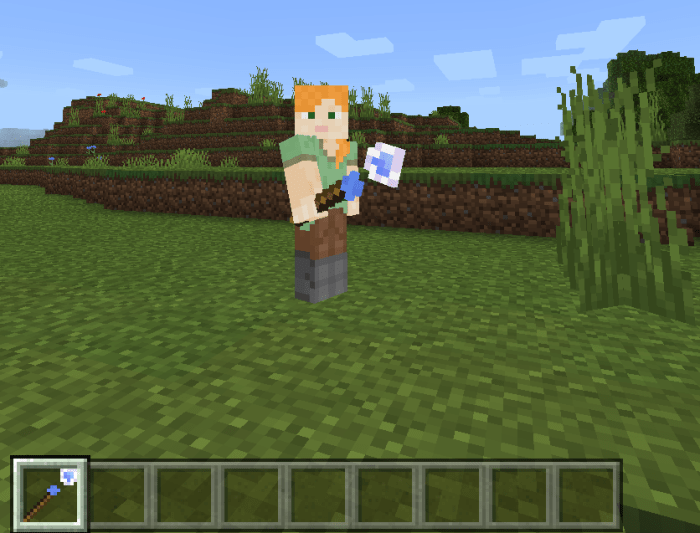 Each staff now have 5 levels.

Each level affects each staff differently

Here is a list of what each level do

3: Damage Anything you teleport into

Living Stone is a new entity which is agressive and spawns in caves and on the surface. It spawns in light levels of 7 and under. The mob is just some stone that is alive. When killed the living stone drops magical stone which can be crafted with a staff to upgrade the staff. 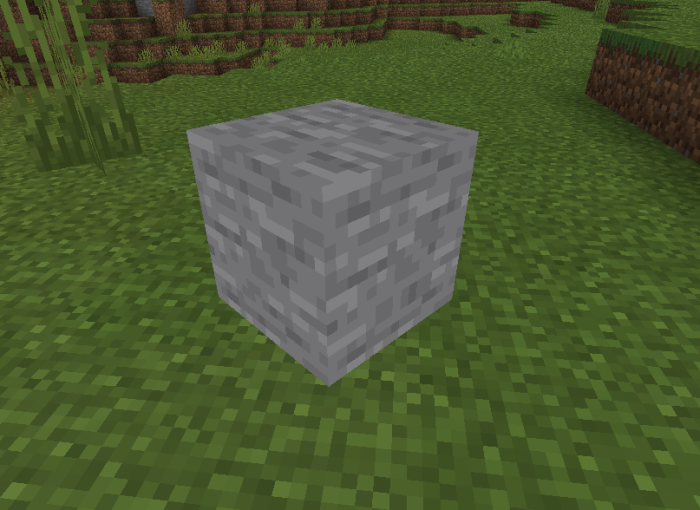 This is living stone. This is its normal state. It can spawn as an adult baby or a rare boss form. You can breed 2 adult living stone together to make a baby living stone using stone.

I also added a wither scythe. The texture is a work in progress but it works by inflicting wither on anything it hits. It was added because my friend wanted me to make it :D.

I fixed the file by making it a MCADDON. It hopefully works.

If I make new updates delete your old version and Install the new one.