Ever wanted minecraft mobs to look like anime girls? Today is now your day, This add-on transforms creatures from minecraft to anime girls from AT2’s art and Yarr’s Cute Mob Models Mod.

Other Models by: Kyubi

Other Cool Designs by: RandomRaven

Original Designs by: AT2 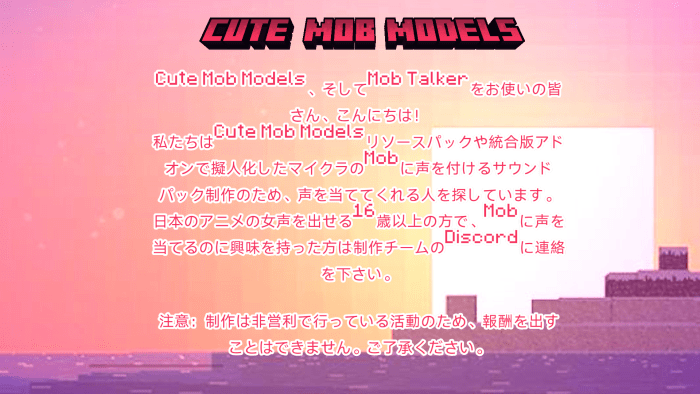 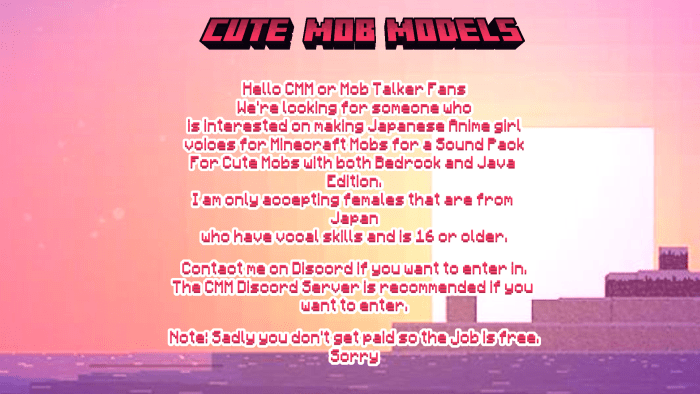 There is many visuals to explore.

This add-on adds new mobs to the game

She has 20 health, She acts like a blaze but shoots ghast fireballs, And She only attacks players, she spawns the same way the ghast spawns.

She flies and spawns in soul sand valley, she is neutral and can be tamed with red and yellow flowers, she had 20 health when it’s wild and 50 or 40 when she is tamed.

She spawns in nether wastes and basalt nether biome, she can be tamed with red and yellow flowers, and the health 20 but when tamed it’s 50.

She is pretty lame and it’s just a weaker version of bowsette but except it doesn’t breathe fire, it may replace the frog if it gets added in the future, it spawns in the swamp.

You can join to our discord server here in this link 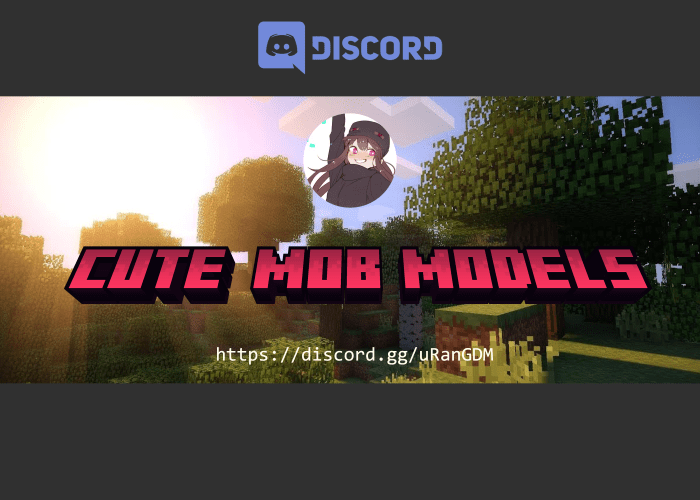 Here is a Link if your having trouble with installing the addon that has adfly.

Plans: I might add some armor models for the girl models, I might make a sound pack for cute mobs with voices and that’s why i am planning to get voice actresses

Known bugs: I am aware that armor renders wierd when baby zombies wear it

That’s the latest messages what the original mod creator added in his mod.

If you want to enjoy the cute mob models mod in java edition ( https://www.curseforge.com/minecraft/mc-mods/yarr-cute-mob-models-remake)

If you want to go to the java edition resource pack port of cute mobs ( https://www.curseforge.com/minecraft/texture-packs/cute-mob-models-resource-pack)

Changed the Llama designs to match the horses from java edition, (thx Rokuyon Shirotamaya for the design)

Changed the bee design to be original made (thx Roku)

Changed the enderman model to be more taller like Java edition

Things you can do and what you can’t do:

You can’t give away mediafire links