Have you ever wanted to pass through wall to make hidden room? or through floor to make easy trap? or use it to hide inside block? Then this addon is for you. This addon convert normal blocks into ghost block so you can able to pass through it, hide in it or make a flawless trap using it.

Ghost block is a block with disabled collision so that you can able to pass through it. It uses vanilla texture so no one could identify if its a normal vanilla blocks or ghost block. This addon is compatible in other texture pack, if you use a texture pack while this addon is active, ghost blocks will also use that texture, thus ghost can’t still identify.

To make ghost block craft Soul Table first, it is another type of crafting table that is use only for converting normal blocks into ghost block. To craft it use 2 soul sand and 4 any planks like shown below. 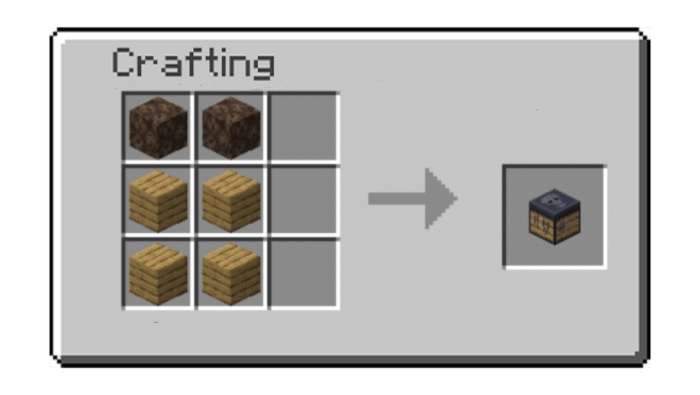 Using soul table is easy, no complicated pattern is required just place normal blocks in any crafting grid then this block will convert into Ghost Block. 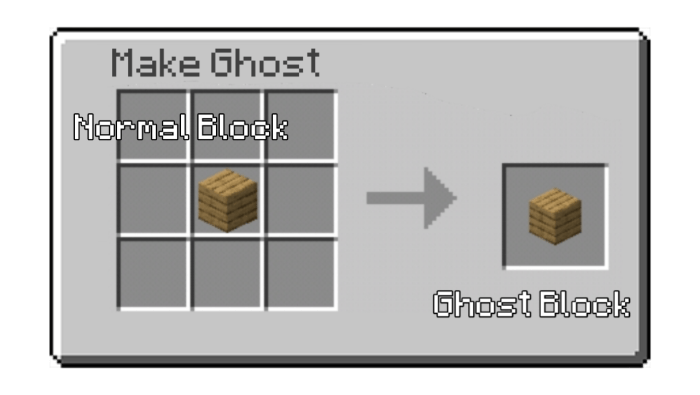 Here are blocks you can convert into ghost block:

As much as possible I keep imitating the vanilla blocks behavior so the ghost block version of it is the same as vanilla block, therefore it increases the chance of not discovering your hidden rooms or traps and also you can use it the way how you use the vanilla blocks.

Logs can also be able to stripped using any axes, then their Ghost Block version behavior is the same as them.

“The sheep there showing that those are Ghost Blocks” 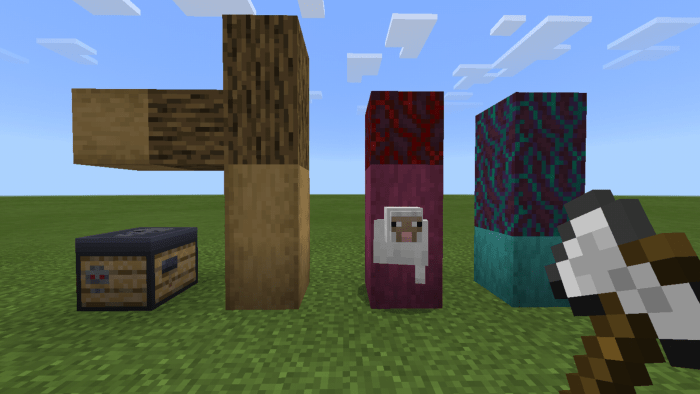 Why some blocks that can’t be added?

Blocks with transparency or translucency can’t able to add due to being it able to easily spot when combine in vanilla behavior. For example we have Ghost Glass and it combine into vanilla glass, you can see that ghost glass looks like separately from the other, therefore it can easily spotted, I will not allow to add it because it breaks the true purpose of this addon.

Second one is Smooth Quartz Block, it cannot be added because this block doesn’t have a separate .png texture in vanilla resources pack. Because of this I couldn’t use the same texture as this block uses, if I make one for this block then it will not be compatible in other texture pack.

Don’t for get to enabled experimental gameplay option