This pack gives phantoms a custom texture and model which makes them look hilarious and cute, but at the same time they are still phantoms which want to eat you, so there just as scary

They will also use some of the pigs sound files, so they will occasionally oink while flying around, and still use the flapping sound when it flaps its wings. and they will also have an custom wing animation and there little legs will move while its flying

Here is the model of the flying pig: 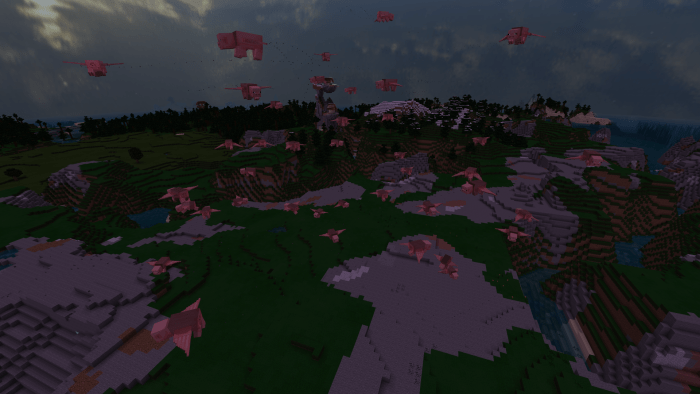 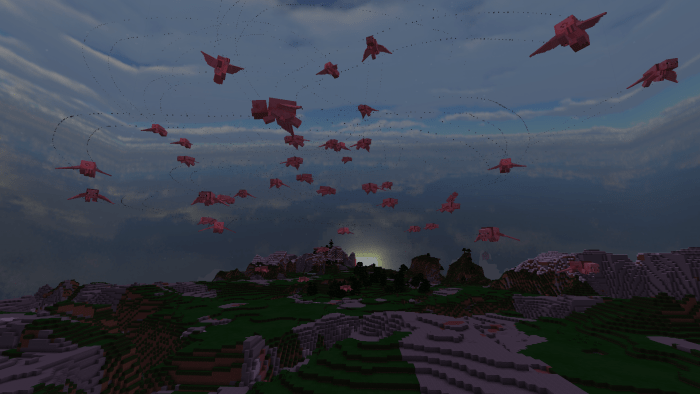 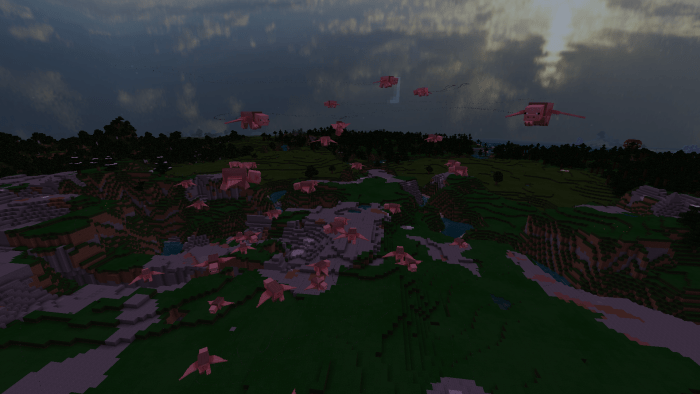 added some pictures of the flying pigs in there natural habitat