This skin pack was created for the fans and members of the Charles SMP or anyone who thinks the skins look cool. The pack at the moment includes the different ranks within in the grand army of Charles from the UWP Cold War and the factionalism war. Each rank has a template skin and a few of the members of that rank. Eventually this pack will include all of the ranks and members of the grand army along with their enemies and the armies of the past. So treat this as an early release for the full pack which is coming soon.

This skin pack includes the various ranks and soldiers of the Grand army of Charles from the Charles SMP. At the moment the First and second brigades of infantry have been added along with a few high ranking officials (generals, governors, etc.)

here are some examples 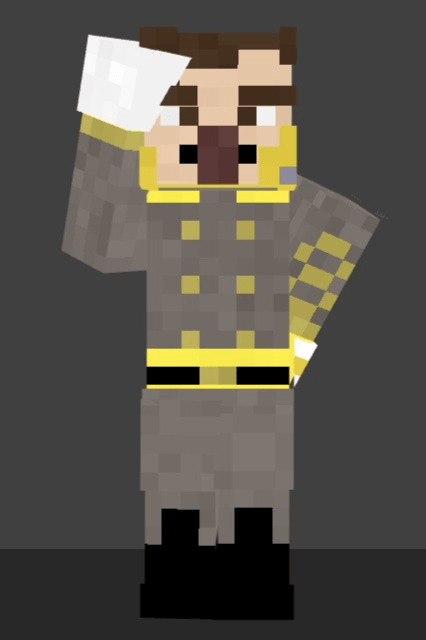 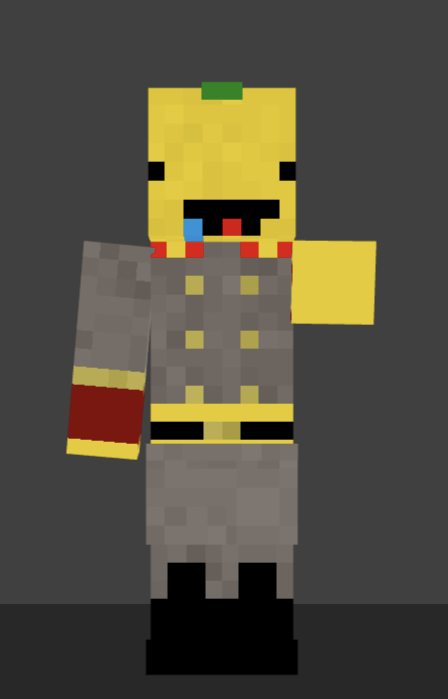 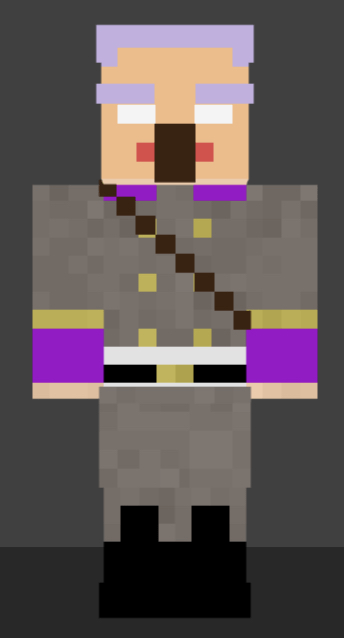 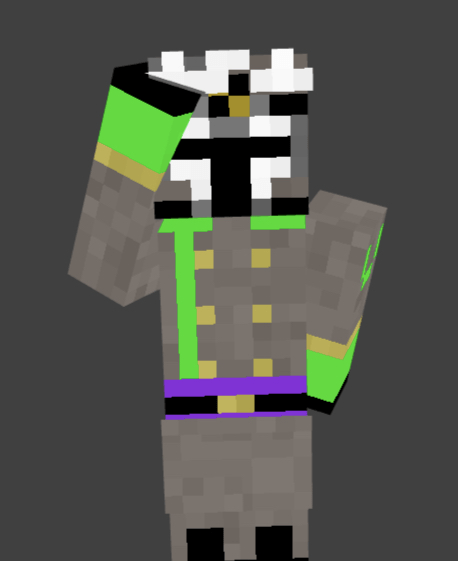 The skins are based on propaganda and photos created from the uwp Cold War and more recently the war on factionalism. The pack includes twenty skins as of now with many more coming soon.

In the future more classes will be added along with the armies of the other factions.

These skins were made from the skins of several members of the Charles SMP. In the smp there is a popular thing we do that we call “propaganda” but Is actually just a form of fanart. Due to the nature of the server, most of the art is simply 19th century military paintings with the heads of players edited onto them. This pack was created to Mimic those pieces of art and to make some skins based on 19th century military.

Examples of the art : 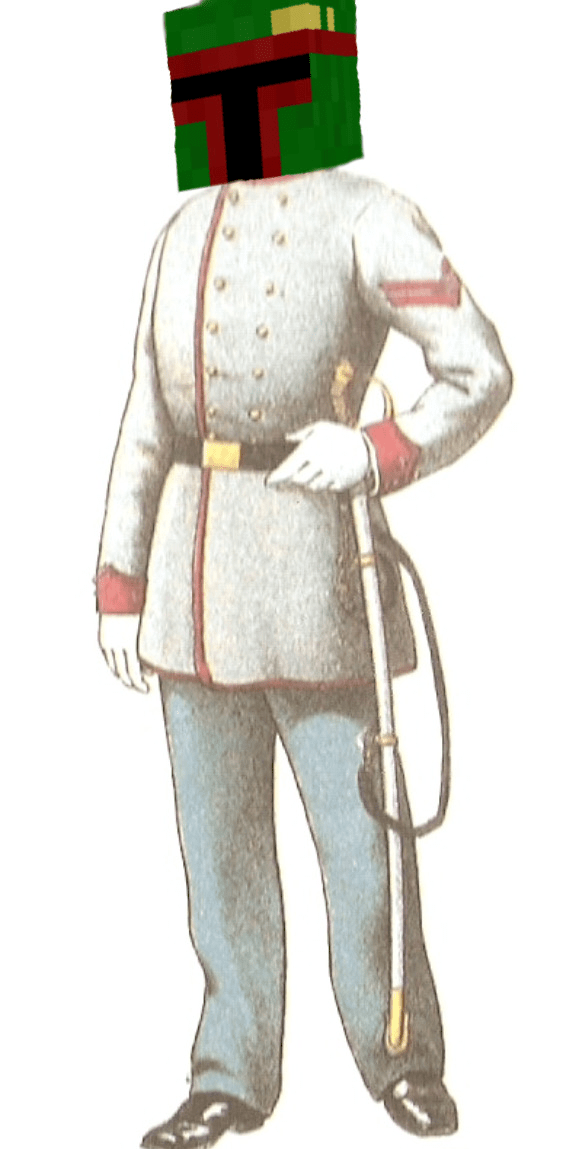 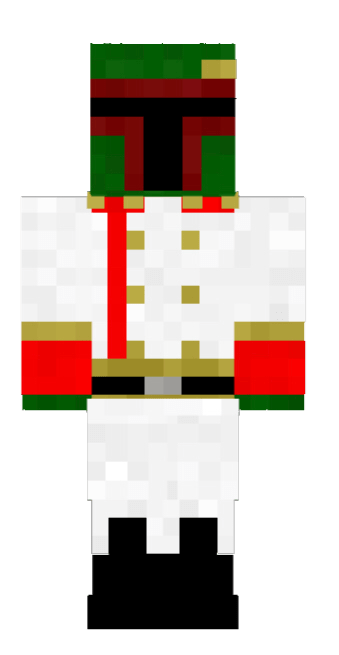 The major General skin was based on this fairly recent piece of art . 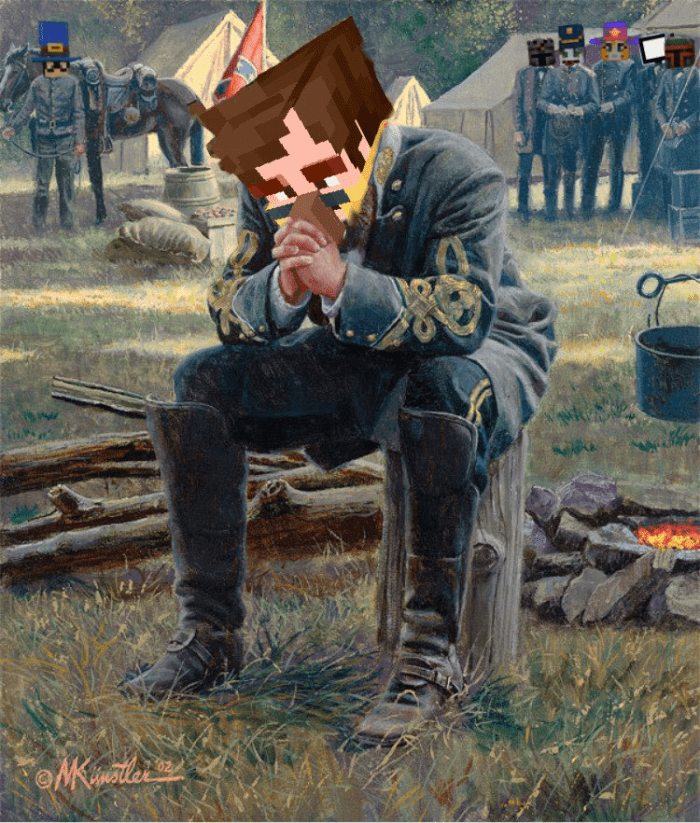 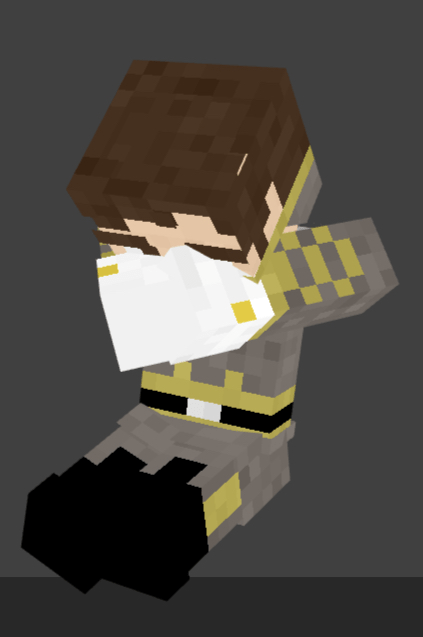 The major General outfit was designed around this piece of art. 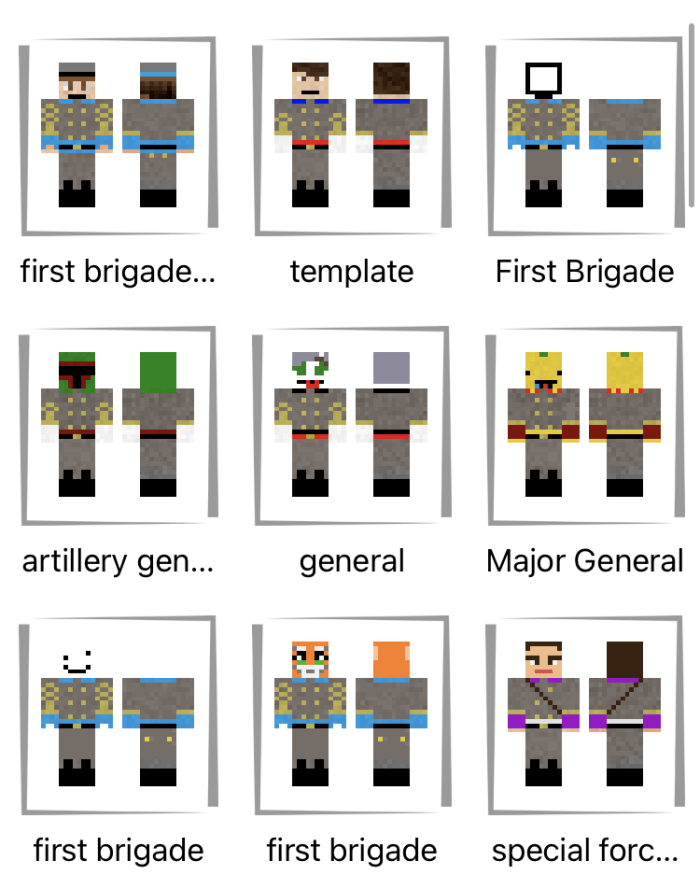 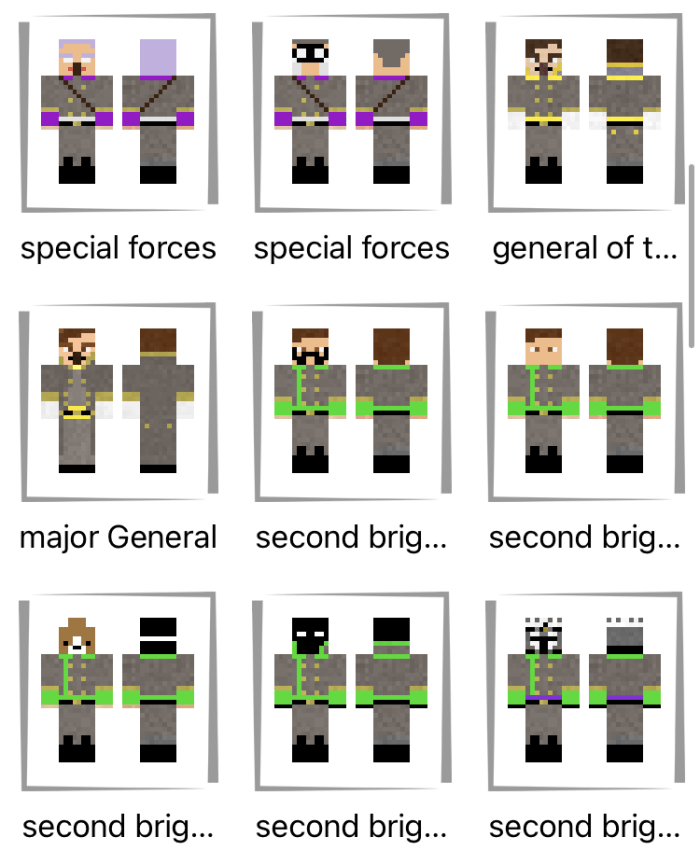 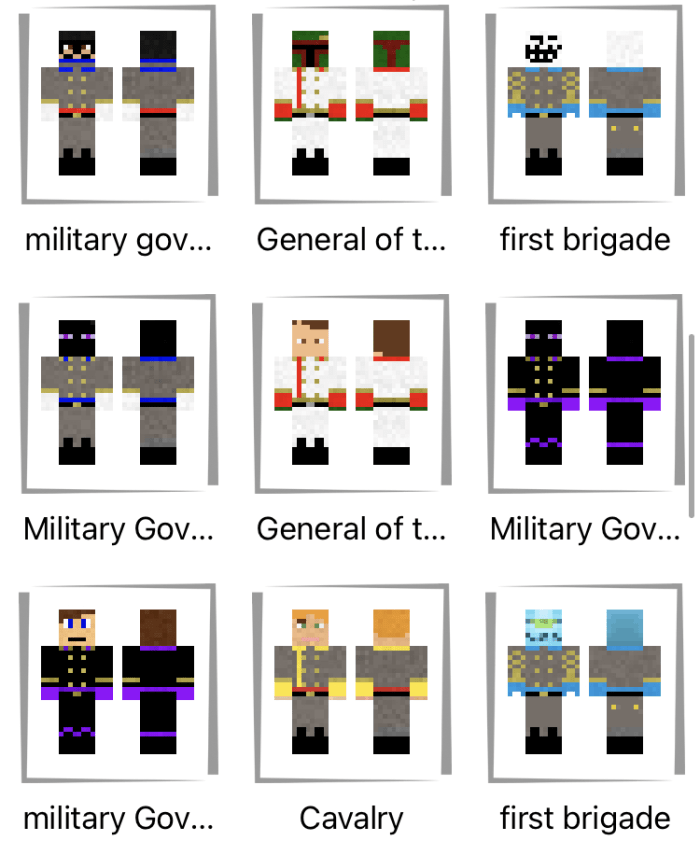 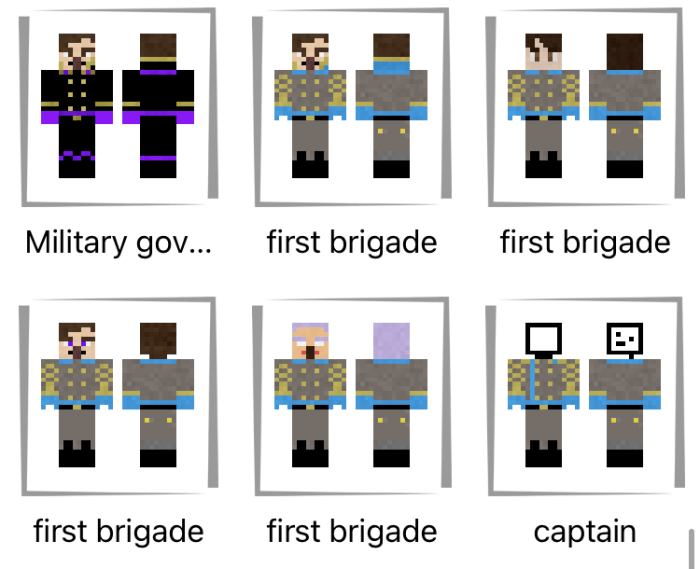 Here are some photos of what the skins look like in game. 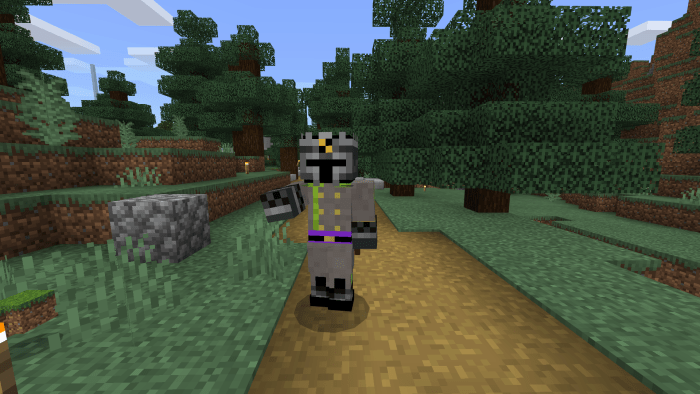 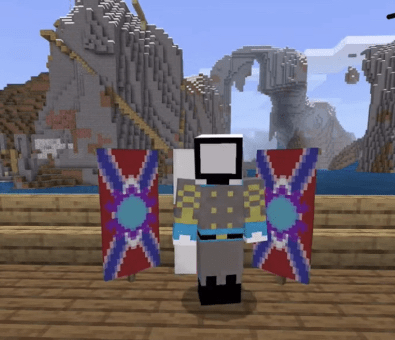 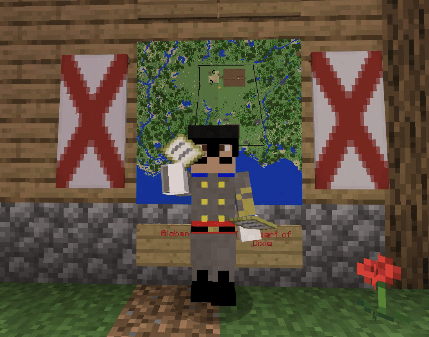 Here are some links that will help you get more information on the smp, maybe you might even want to join.

History of the grand army

the grand army of Charles was formed in season 7 shortly after the spawn war. At the time it was only used to keep the peace among the world. After the break off of dankus, they made an alliance with Charles stating that they’re military would be in the grand army. The grand army would see use in conflicts such as: The one hour war, lopad civil war, Charlesonian civil war, battle of galavan and a small skirmish in Romania. After Charlesonia essentially conquered the s7 world, the grand army was disbanded.

During the uwp crisis of season 8 they were once again reformed to defend Charlesonia from its greatest enemy yet. No conflict would end up coming out of the crisis and the army was once again disbanded. During the luke empire secession movement the army was reformed and is still actively fighting the factionslists to this day.

•Improved the cover photos for the pack

-improved upon flaws within some of the skins

Added the history of the army to the description of the pack.

Added more photos from in game per the request of mcpedl

Added information on the origins of the grand army of Charles

Added a much more thorough and descriptive description of the pack. The backstory of the skins within the pack is explained and examples of the material they are based on is shown.

The description has been altered in order to give a better explanation for what the pack is.