Hello, Have Do You Want To Play Minecraft With Fantasy Mobs, Humans, And More Bosses But Still Sticks Closely To “vanilla” Well Here Is Azton’s Vanilla Fantasy! Note: Some Features Might Not Be Final, Armor Weapons Might Get Nerfed, Structures Might Not Generate Correctly, And Lastly This Is Still In It’s Beta Version.

Keep knight – Great warriors who serves no ruler but themselves and their allies, They are the youngest faction of knight’s only A few decades old in their reign, They live in A castle called Emerald Keep these generate in plains and forests and sometimes in taigas.

Royal Guards – Trained to protect he great and humble King Kronos and Queen Emera! They are born to serve and help others, they are one of the few who have learned to ride on horse back, They live in A royal castle, It generates in the plains,mountains, taigas, and forests.

The rulers of A castle so far from their true home, It is said that they are from an alternative universe called azton Emeralds AU but that story is for another time.

King Kronos – He was A Ferrous WroughtNaut from A different universe. Reformed back into A human his Thousand Metal Armor dipped in the strongest gold, and his old Thousand Metal Axe reforged into A claymore.

Queen Emera – Wife of King Kronos she was the leader of the Keep Knight Faction but they disbanded to form the Royal Faction to follow their own path.

The Teutonic Knights – These noble knight’s only serve their religion, they are nomad’s, no place is home for them, they rarely even spawn so if you’re lucky greet them. Unsure If They Spawn.

The Elves – they are not like their ancestors, they only want power and to rule over the weak ones, they wield War Axes and Long Bows, both powerful in ranged and melee, they spawn in forest’s, taigas, and plains

Goblin Warriors – Trained by their Goblin Chief, they ravage and plunder unsuspecting travelers, they wield A crudely made spear, they are weak but very fast, and they spawn in packs so watch out, spawn’s in plains, forest’s, and savannahs.

Goblin Chief – A brute that wields Goblin Axe, as A mini boss they spawn with A banner, they currently drop nothing but that will be changed in the future, they spawn as the same place as Goblins Warriors.

Goblin Trader – A humble merchant who travel’s the Overworld to sell you things, and even A special potion!, they spawn in any biome

Cryptors – Overgrown skeletons that spawn in the crypts , and at nighttime, these skeletons were reanimated to protect the chamber of A necromacer in the crypt.

Mourns – These we’re humans at first but now they are tall and lanky figures almost skeletal, they mourned the death of their loved ones for so long, it drove them mad, they spawn in the Crypts, and at night.

Ogre – A creature larger than A human, carries A wood club and has A very strong attack so be careful, spawns in the same place as Trolls

Harvester – A reaper who doesn’t want to kill or take the ives of any living creature, they only want to trade soul shards with you, just don’t hit them or it’s instant death, spawns in the nether (I think) and the overworld.

Shadow Walkers – Once darkness rom the night appears , these shadowy creatures will roam and spread darkness to others if you get too close, spawns at night and in most biomes.

Pure Souls – Annoying yet adorable little souls, they only spawn through A tome you can trade for from the harvester, they mostly act as an annoying distraction for mobs.

The Fallen Knight’s – they we’re great knight’s from long forgotten armies that had A dark past.

Fallen Sentinel – A knight from A long forgotten kingdom, he was shunned after the death of countless innocent people in his drunken rage accepting the banishment for his sins he awaits for a challenger to arrive and slay him. they spawn in the plains , forests and taigas, but it will be changed to A structure.

Iron Vanguard – A powerful being and A high ranked sentry, He was a chieftain that lead A royal army, but was casted out after A powerful force took over his body now alone he waits for A brave warrior that comes forth to challenge him.

The Armored Tower – A half giant only seeking Revenge for the extinction of his kind , they died off from the dragon’s so they hunt and hunt dragons until there are none left welding A Dragon Bone Zwei Händer they await A challenger who will wring down the last of the giants.

Fire Dragon – A large reptile capable of shooting balls of flame, but I think you already know what it is.

Earth Statue – Carved from stone but destroyed and reanimated by A wizard seeking power but was killed by it’s own creation, now this golem like creature roams the forests and plains seeking purpose and the same power hungry personality of the wizard.

The Anchor – Once was A great captain of A ship he sailed across continents, but once mutiny rallied among his ship he was thrown overboard chained to the anchor of his ow ship. Now filled with rage he seeks revenge to those who dare plunge into the depths.

Ok that’s all for now I hope you like my addon!

Note: If the .mcaddon file doesn’t work rename it to .Zip and transfer the RP and BP manually.

People who helped in the making of this addon!

@Azton I made all the animations , models, and textures. https://youtube.com/channel/UCaTlBkUtSB1bN50TrtIoqwg

Specified that I made the models and textures, and had to go and lowercase the first letters of every word in the post.

Ok If The .mcaddon File Doesn’t Work Just Rename It To azton’s Vanilla Fantasy.zip and you Can Just Manually Move The BP And RP To The Minecraft Files. in Android/data/games.com.mojang/files/games/com.mojang. 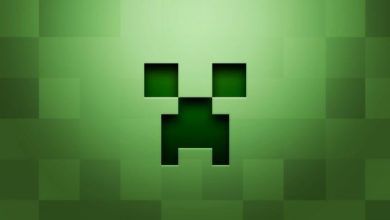 Bedrock Minecraft, But We Are Stuck Together… (REMAKE)