Do you think you can beat anything? Well, think again, because with this addon you will need to be careful, prepare and hear the sounds around you, The Smoker, The Hunter, The Witch and more may be lurking….

This Add-on is inspired by the Game Left 4 Dead 2, all the sounds used in this addon are their property.

Left 2 Mine is a zombie addon that will make your minecraft world harder, adding a lot of new zombies to fight that will not burn at day time, and adding new mechanics like being trapped by infected, making mad a zombie or starting a horde.

The Commons are the normal zombies that will spawn in your world, they will spawn at the same rate of a normal zombie, there are currently 5 skins, the commons have 10 of health (5 hearts) and will deal 3 of damage like any other zombie, the difference with these is that they walk at the same speed of you, these zombies die easily with fire, All the commons have the same behavior.

These zombies dont spawn as much as the commons, but they have different behavior, the swat zombie has 25 of health (12.5 hearts) and does 3 of damage like a normal zombie, the thing that makes this zombie uncommon is that it doesn’t have knockback, so you cant push him.

These zombies are the most problematic ones, because he will break blocks, he can break:

These zombies have the same health of a normal zombie, 20 of health (10 hearts) and they will deal 3 of damage, make sure to not get them nearby yout house, or atleast build a high up house to not get these problems.

These zombies will vomit on you, making a horde come, the boomers have 8 of health (4 hearts) and they will deal no damage, they will summon a 25 common Zombie horde, if you kill the boomer at a distance of 5 blocks, he will explode, vomiting you anyways, so is better to kill this infected with a bow with a great distance, he will spawn a bit less than a common, at night time.

This infected will grab you with his tongue at a distance of 10 blocks, after he grabbed you you can wait for your friend to rescue, or wait to the smoker to let you go, sometimes the smoker will not let you go so is better to tell your friend to save you, the smoker has 50 of health (25 hearts, this will be changed in a future to 10 of health, 5 hearts) he will spawn at the same rate of a boomer.

The hunter has almost the same behavior of the smoker, but the hunter instead of trapping you from 10 blocks, he can trap you from 12, and he can go to 1 block gaps, another thing to mention is that he can break glass like the ELE Zombie, so, be beware, he will spawn at the same rate of the boomer.

The witch is one of the most dangerous infecteds in this add-on, she has 2 versions, the calmed version, and the mad version, in the calmed version she will be crying as a normal witch, leading you know that there is one nearby, if an Iron Golem or a player hurts her she will go to the version 2, in this version she will deal 20 of damage, killing a player without armor with 1 hit, in the mad version she has 450 of health (225 hearts) She will not have knockback, like the swat zombie, she will run a bit faster than you running and jumping so there is almost no chance of escaping, another thing to mention is that she dies really easy with fire, if you let her stay with fire for a long time she will die really fast, so prepare your flint and steel, she is a bit hard to spawn than a normal special infected.

Witch in the cry version.

Witch in the mad version

The tank is one of the hardes beast, he will deal 12 of damage, and he has 1500 of health (750 hearts) he runs a bit more faster than you running, but you can escape easily if you jump and run, he is bigger than you, so he will not pass through doors and small spaces, burning him will not do anything, just a bit of health gone, he is very rare to spawn, so yeah, if you see one, better run instead of fighting with him.

The Ceda Instructions are the instructions that ceda made to keep the people calmed down, these can be crafted in survival, but they will not appear in the recipe list, so you will have to memorize the recipes.

This is how the blocks look placed down in a wall!

The pistol is one of the Tier 1 guns, it will deal 7 of damage each shot, really good to shoot zombies, smokers, hunters and boomers with a great distance, the gun without ammo can be crafted, the max capacity of bullets for the glock is 15 bullets.

To get the ammo you need to craft it.

The submachine gun deals 4 of damage each shot, but it will shoot a lot more faster than the glock, great to kill witches if you are far away from them, you can craft the empty gun, the max capacity of the submachine is 30 bullets.

To get the ammo you need to craft it, instead of giving 3 of ammo like the pistol ammo, it will give you 1 of ammo each.

How to refill ammo

To refill ammo you need to put the empty gun and his ammo, after the gun gets empty, you will throw it away, making the gun useless, so try to not waste ammo.

•Changed the textures of the Common Zombies, Hunter and the Smoker

•Changed the model of the Smoker and Tank. 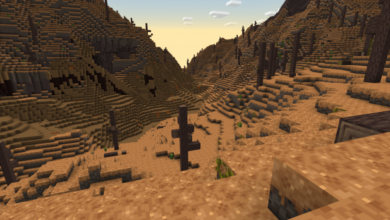