The survey itself does not explicitly confirm that a soft launch is planned for Warcraft 3: Reforged, but it does suggest that it could be in the works. Last year, Blizzard announced Warcraft 3: Reforged, an upgraded version of 2001’s Warcraft 3: Reign of Chaos and its 2003 expansion, The Frozen Throne. The game was scheduled for release in 2019, but was delayed due to technical issues.

Since then, Blizzard has released several updates for the game, though many fans were hoping for a full relaunch. A soft launch could be a step in that direction, as it would allow the developer to test the game in a more controlled environment, while giving players the chance to experience a new version of the game.

If the survey is correct, it would seem that Blizzard is planning a soft launch for Warcraft 3: Reforged. But until Blizzard makes an official announcement, all we can do is wait and watch what happens.

Blizzard Entertainment recently released a survey asking players to rate their experience with Warcraft 3: Reforged. Players began speculating that it could be a hint towards a “soft relaunch” of the game.

The survey included various questions based on the player’s experience with the game. Some of the topics it covered included:

The survey though not officially announced hints at the possibility of a “soft relaunch” of the game. This means that the existing Warcraft 3: Reforged could be polished with the help of all the feedback given in the survey.

This is not all though, Blizzard could also look into improving the minimum and recommended specs for smoother gameplay and ironing out compatibility issues with various platforms, sets of hardware and peripherals.

Warcraft 3: Reforged has been an interesting journey, hopefully this survey and the upcoming soft relaunch can bring the game to its full potential.

Only time will tell if the game’s “soft launch” will work out. Until then let us just keep our fingers crossed and await Blizzard Entertainment’s next move.

Tags
and blizzard hints survey the with 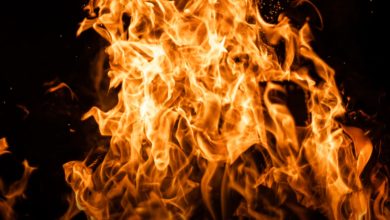